Borealis is an alliance of nine ANSPs which combined provide air traffic services for over 3.8 million flights1 a year, across 12.5 million \(km^2\) of North European airspace, accounting for 38% of European traffic.

By 2021 Borealis members will have put in place a seamless and integrated freeroute airspace (FRA) extending from the eastern boundary of the North Atlantic to the western boundary of Russian airspace, enabling airline and business aviation customers to take the most cost effective, fuel efficient and timely routes across the three Functional Airspace Blocks (FABs) and Iceland2 within the airspace managed by the members of the Alliance.

The implementation of Borealis FRA programme is foreseen to be completed in three steps: 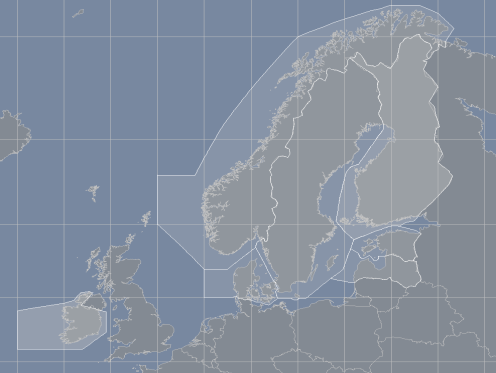 Eurocontrol Performance Review Unit (PRU) is interested in monitoring and analysing the benefits of FRA implementation across Europe in order to provide necessary assistance in planning and decision making processes to all interested stakeholders with the overall aim of improving the European ATM performance.

This study is also available as a PRU Leaflet, see (Pavlovic 2016) in the References section below.

HFE analysis is based on the comparison of flight trajectories’ length with the corresponding achieved distances, in particular actual and planned trajectories. The planned trajectory is derived from the flight plans submitted by airspace users to the Network Manager, while the actual flown trajectory is based on processed radar track data submitted by ANSPs to the EUROCONTROL. The full methodology is described in more detail in the metadata which is available online.

A year-on-year comparison of 2015 (JAN-DEC) and 2016 (JAN-MAY) of the overall en-route HFE for both the actual trajectories and the filed flight plans for the airspace managed by Borealis members is shown on Figure 2. 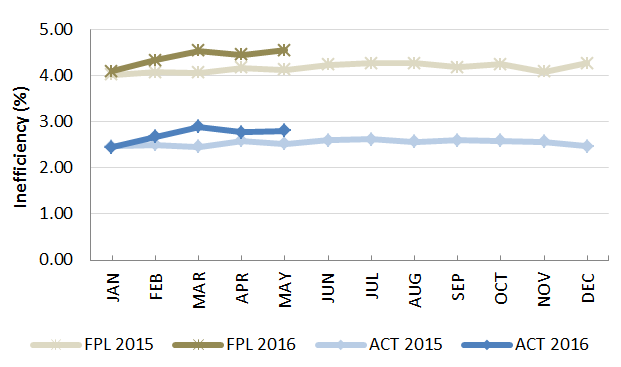 In order to investigate the reasons for such trends, Figure 3 shows the daily distribution of HFE for the airspace managed by Borealis members in the first five months of 2016.

Five noticeable peaks in 2016 (March 20 & 21, March 31, April 28, May 19 and May26) were caused by industrial actions in France, which forced many flights to avoid French airspace. To illustrate this, Figure 4 shows the comparison of actual trajectories for flights departing from the airspace managed by Borealis members and arriving in Spain and Portugal on the 14th of March 2016 (nostrike) and 21st of March 2016 (during the strike).

Figure 4: The impact of French strikes on Borealis HFE.

Geographical dispersion of actual trajectories during the strikes resulted in an increase of additional distances flown in the airspace managed by Borealis members, thus generating a great amount of local inefficiencies, especially in adjacent UK-Ireland FAB.

It is important to note that this analysis is based on only five months of 2016, so the values for the ten best days and the ten worst days are not yet excluded from the computation, which opens up the possibility for improvements in reporting annual values.

It is evident that the main contributor to the overall Borealis inefficiencies is the UK-Ireland FAB, in most part of which FRA is still not implemented and which was highly impacted by French strikes. It is expected that FRAimplementation in the United Kingdom will have a significant positive impact onthe overall Borealis HFE, considering the great potential for improvement and high traffic counts in this state.

On the other hand, values for NEFAB and DK-SE FAB show that inefficiencies remained more or less at the same level, mainly because there is not much space for improvement. This is particularly evident for DK-SE FAB (FRA implemented in 2012), where inefficiencies in actual trajectories vary just slightly above 1%.

Considering the recent NEFAB FRA implementation, it is interesting to analyze the HFE in the FRA airspace currently managed by Borealis members (Ireland, DK-SE FAB and NEFAB (except Bodo Oceanic FIR)). 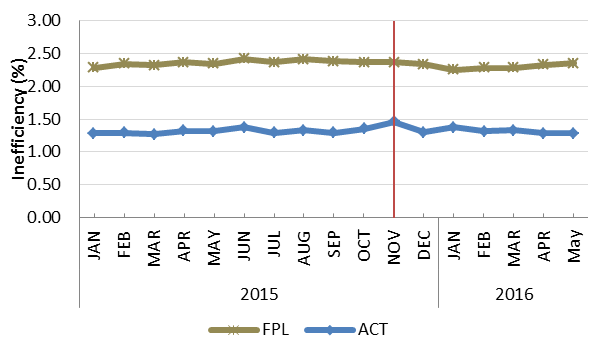 PRU will continue to monitor the Borealis ATM performance in order to evaluate the benefits of the FRA implementation as the new implementation steps become operational.